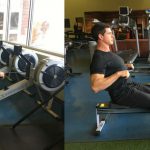 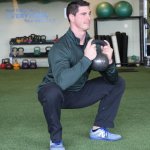 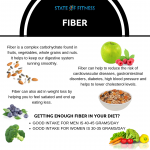 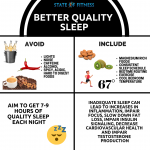 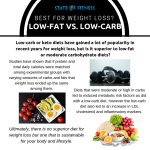 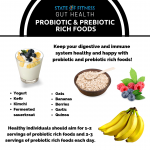 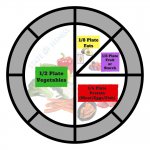 What Goes on in the Gut Digestion has been a hot topic of discussion in the last couple of years. With the profound research coming out about how important our gut bacteria can be has opened our eyes to a whole new way of thinking about our health. Everything from our immune systems, brain, and even fat loss can be dramatically affected by what is going on in our guts. I have had my own […]

The Every Second Counts Competition

Last Saturday I competed in the “Every Second Counts” CrossFit competition at Oakland County CrossFit in Lake Orion, Michigan. This was the third CF competition that I had been to this year and the first one I actually competed in. At my first CF comp, I was there to support my wife, Katie. The second one I was not only a supporter, but also a judge. It was after those two events that I was inspired to compete myself. I was just totally drawn to the competition as I watched each individual give absolutely their 100% effort to finish each WOD.  As I watched I said to myself, “I can do this”. So I took the plunge and entered the competition.

I had not been in anything competitive for a while, so I was ready. Since I was already training for the Urbanathlon, it was perfect timing. My training and nutrition was going well, so I felt confident entering the “open” division.

This particular competition was a little different from the others that I have been a part of. There were less vendors, no sponsorship that I noticed, no athlete gift bags or t-shirts and the “box” was smaller. This competition was also ALL outside! I say this with an exclamation point because it hovered between 32-44 degrees throughout the day. So all in all, it was a more gritty competition than I expected.

I must say as I write this just a few days later, I am still extremely sore! Ahhh my upper-body! Going though 4 demanding WOD’s (workout of the days) in about 6 hours was grueling. As I reflect by on my performance, I would say I am 90% happy. But I think that is normal. Are we as athletes ever satisfied with our performance? I think we all will question if we could have went harder, gave a little more and finished a little better. I can say that I gave absolutely 100% of what I had on that day. So I am pretty happy. It was a great experience to go through and even better that I go to share it with my wife. Katie competed as well. We also both finished in 8th place respectively in our divisions out of 16 competitors.

A Breakdown of The Events

In my last post updating my training progress, I outlined each event along with the divisions for the CrossFit competition. If you were unable to read this post yet you can click here to catch up.

There were 4 events in about a 6 hour time span that each competitor had to endure. I was in the first heat, Katie was in the fourth. That was cool, so we could cheer each other on.

It was a race against time to the finish. This meant that your total time of the four events would be added up for your finishing score. The best overall time would win. As they say, “Every Second Counts”.

The temp was about 36 degrees at about 8:30am. We were still waiting on Grandma Kay and Grandpa Ron to pick up my son, Brennan while we competed. Katie and I took turns preparing for our first WOD. I of course, was very anxious. My wife, as usual, was calm and unworried about the competition. At least she appeared that way. All of a sudden we were ready to start. I wasn’t totally prepared mentally, but I just picked up the weight plate and sprinted.

I had a hard time finding a comfortable position to carry the plate. I decided to carry on my head and just gut it out. I ended up finishing 2nd in my heat and 4th overall in 3:33. I wasexcited to get ahead early in the competition. But little did I know, “Fran” with C2B (chest to bar) pull-ups would be my nemesis.

I started off great. I finished 21 reps of the thrusters unbroken (didn’t rest or drop the bar). Actually, I did 20 reps, thinking it was 21. Everyone began to yell at me to come back. I hurried over and finished my last rep. I then banged out 15 pull-ups. Rested, and finished the last 6. I was feeling good! I then did 10 thrusters, put the bar down, took a deep breath and finished my last 5 reps.

Then, everything went crazy! I don’t even remember how many times I came off the bar, or had a “no rep”. I was just trying to finish. I think this round I had 3 or 4 “no reps”. My grip was shot, and I was very tired. I then finished my last 9 reps of thrusters unbroken. I went over to the bar and had hardly an ounce of strength left. I think I ended up doing 6 or so “no reps” this round. At one point I thought I was going to be there all day. I finally got 9 reps. I finished with a time of 8:47. I was 12th place in this event and dropped to 12th place overall. I had to make up some ground.

I couldn’t wait to get to this WOD. I loved deadlifts and had no issues with burpees. I actually kind of like them in a weird way. Did I just say that?

They did throw in a trick with the burpees. You had to drop down in front of a weight plate, hand release and then jump forward onto a weight plate and stand up straight. I finished 4th in my division and moved up to 9th place. My time was 4:44. I was moving up a little and was happy with my performance.

Going into this event I was a little nervous. I was used to using heavier weight with lower reps. I had to become a little more efficient with my cleans. I also don’t do Jerks that much. I primarily do push-presses and strict presses.

This WOD wasn’t too bad. I just need to get better at doing Jerks. I finished in 5:42. This put me in 7th place, I believe in this event.

Katie and I both finished 8th. It was a great time overall and I am happy that I competed. It was a cold and gloomy day, but we made the best of it. The Spartan CrossFit crew was there in full effect. Very supportive as usual and always fun to be around.

I am not sure when I will compete again, but I fully plan too. I wouldn’t say I am hooked at competing yet, but I enjoy the challenge. Now, it’s time for the Urbanathlon!