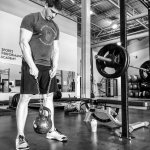 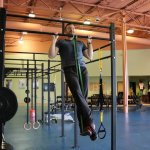 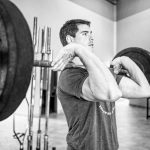 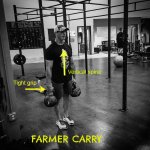 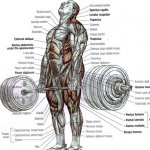 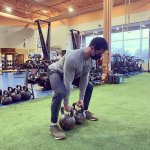 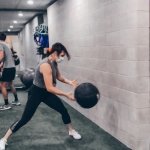 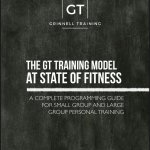 5 Things You May Not Know about Fitness

I was looking at some of my old articles that I have written for Healthy & Fit Magazine and came across this one. I thought you all would enjoy reading this.

With exercise in the media more than ever, there is so much information on what to do, what not to do, and what is best. Kettlebells, running barefoot and functional training instead of machine training tend to be the hot topics these days. Here are five things you may have not known about the fitness industry today.

With all the new hype about kettlebells hitting the fitness scene, everyone seems to think that this multi useful fitness tool is a new kid on the block. The kettlebell is an age-old Russian training tool that looks like a bowling ball with a handle.

The kettlebell appears in a 1704 Russian Dictionary (Cherkikh, 1994). Kettlebells were counter weights used in Russian markets. Country folk started throwing them around and eventually they became very popular in Russia as a training tool. Russian athletes have always been ahead of their time in regards to the latest and greatest performance enhancing strategies. The 1980 Russian track and field team trained with kettlebells and swept gold in an all throwing events.

Kettlebells have become increasingly popular within the United States thanks to a man named Pavel Tsatsouline. Tsatsouline is a fitness author who used to be a trainer for not only the United States armed forces but the Soviet Union forces as well. Once the United States noticed that they could not endure as long as their Russian counterparts within competitions, they began incorporating the kettlebell into their training routines. In 1985 a committee for the sport of Kettlebell lifting was created, and the first National Championship for Kettlebells was held in Russia in 1985 with its own set of rules and standards. Today, the Kettlebell is being introduced into the fitness routines of the everyday person, as their benefits have proven them to be one of the most useful tools for building strength.

When someone thinks of big muscular arms, or they ask someone to see how strong they are, people usually turn to the biceps. While having big biceps is the main attraction of the arm, it actually is very small in comparison to the bigger counterpart, the triceps.

The triceps brachii muscle (Latin for “three headed arm muscle”) is the large muscle on the back of the upper limb of many vertebrates. It is the muscle principally responsible for extension of the elbow joint (straightening of the arm). While the triceps brachii is known primary as “pushing muscle”, assisting in such movements as push-ups and bench press, it also is critical for scapular and shoulder help as well.

It is important to maintain balance between the biceps and the triceps, so make sure you don’t only train your ego, make sure you train for balance of the upper arm. Yes, the biceps are a little more fun to look at, but a muscular imbalance is your quickest way to an injury. Too much biceps work and not enough triceps work can lead to poor posture, ultimately leading to poor shoulder health.

3.    The Turkish Get-up: One of the world’s oldest exercises!

Another hot commodity in the exercise world is the famous Turkish Get-up. While the exercise just recently has gained popularity all over the country from trainers, to athletes, to your everyday fitness enthusiast, it actually has been around for hundreds of years.

The story goes that the ancient Romans would have their prisoners perform Turkish Get-ups (TGU) for hours upon hours as punishment. Isn’t it funny how we now see this exercise as one of the best to help increase mobility, flexibility, and core strength? For all of my clients, no, I am not having you do TGU’s as punishment! I really do feel that it is one of the best overall exercises that everyone should learn to master.

When you walk into your typical gym these days you will see it filled with endless amounts of cardio machines, selectorized weight machines, and some free weights to top it off. The key is that most gyms are 2/3 MACHINES! The gyms of old had nothing that resembled an Elliptical Machine or a biceps curl machine.

About fifty or so years ago there was less pain and injury, less obesity, and the average gym-goer was much more FUNCTIONALLY FIT than today’s gym-goer. Machines only make fitness easier for people to do, and don’t produce the results that machine-less training can achieve.

Machines actually can make people less functionally fit, and can cause even more asymmetries and muscular imbalances. Yes, all of these high teach machines can cause someone to be less fit! Sounds counterintutive, but machines should only be used when absolutely necessary. They can build strength and muscle, but there are better options.

Our bodies were not meant to be on a machine, but were meant to move in a functional manner. As you can see, we need to learn from our elders, and stick to the basic fundamental movements, use kettlebells, and get out of that chest press machine! Running is one of the oldest forms of exercise, and can be done virtually anywhere. We were “born to run” as they say, or were we? Our sedentary lifestyles, coupled with poor nutrition have caused us to get out of shape, and become less healthy. This has made typical movement patterns such as running, jumping, and participating in sport much harder for our bodies to handle and recover from.

When I talk to many people about starting an exercise program they immediately think of starting a running program. The intentions are understandable and good, but they may not be the best choice. Most people look at running to be the quickest and best way to get in shape, but what people don’t know is that your body must be in shape to run.

The act of running is much harder on the body than people are lead to believe, and while starting a running program can be very good, it can also lead to lot’s of pain and injury if your body is not ready for the rigors of running. If you decide to use running as your main catalyst to get in shape, please make sure that you also start a strength and flexibility protocol to create overall balance, and reduce the risk of injury.

After one of my clients gets in shape, I prefer to teach them how to sprint, not jog or run.